Erection Pill Prescriptions On the Rise – Are You Part of the Numbers?

Reuters UK reported that prescriptions of erection medications have risen from previous years, as shown by official figures from the Health and Social Care Information Centre (HSCIC). These prescription meds include sildenafil, which is more popularly known as Viagra – with a 25 percent rise over the past year.

In 2014, there were 1.7 million prescriptions, compared with 1.4 million in 2013. As a consequence of the rise in ED prescriptions Viagra costs decreased 85.9 percent, given the presence of more and more competitors in the male enhancement sphere. 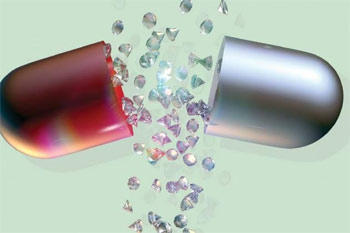 The numbers revealed by the HSCIC also showed increased prescriptions for antidepressants in the same period, with some 57.1 million drugs prescribed (7.2 percent more than in 2013). These drugs include treatments for obsessive-compulsive disorder, general anxiety, and panic attacks.

Based on the HSCIC analysis, there were more than 1.06 billion prescriptions in England during 2014, a rise of 55.2 percent in the past decade. Costing the health service the most funds are diabetes meds, with £849.1 million spent on the disease during 2014.

Patients age 60 and above were responsible for more than half (51.2 percent) of total prescriptions.

More and more alternatives to ED drugs have surfaced in recent years, including male enhancement supplements – touted non-drug and herbal in formulation. These combine times-tested ingredients such as saw palmetto, ginkgo biloba, Korean ginseng, vitamin B6, and zinc, all said to be working synergistically for better erections and sexual functioning.

While ED drugs still get a considerable share of the market, these supplements are vying for a special place in ED seekers’ list of preferences worldwide, given the increasing issues that hound their drug counterparts. These include expensive costs, reported side effects, and access difficulty.