How She Can Fulfill Your Sexual Fantasies

It’s safe to say that sexual fantasies are a healthy part of men – even women. In men they take on various shapes and forms, and can range from the sweet romantic to the all-out kinky and explosive. Whatever narrative you have in mind, how do you convince your lady to help fulfill these fantasies? Here’s Men’s Health lending a helping hand. 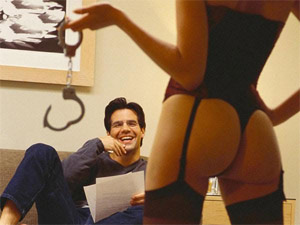